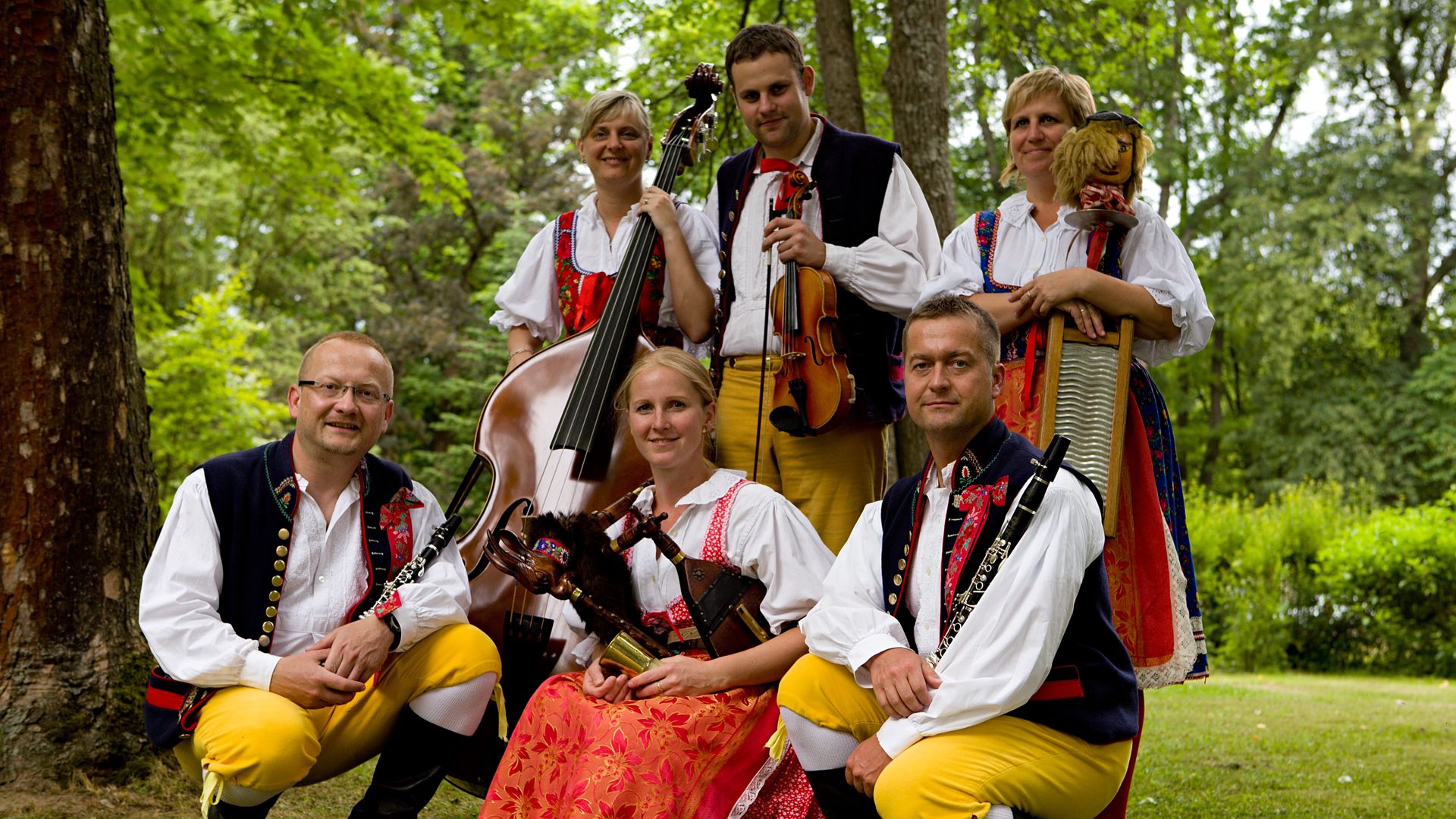 Let me introduce our band. Name of our band is “Bagpiper Band from Ledce”, all members come from Pilsen neighbourhood. Bandmaster is Libor Valecka.

Our band in current cast has been founded in June 2000 from two bagpiper bands. First one was called “Castle Bagpipers” (founded in 1988) and second one was called “Folk Band of Pilsen”. Both bands gained a lot of success during their activity in Bohemia and abroad (mainly in Germany).

Our band has already reached lot of success, like records for radio station BAYERN2RADIO and German TV, radio Ramasuri, OTV and others.

In our band there are following musical instruments:

In our repertoire there are folk songs mainly from Chodsko, but also from other parts of Czech Republic, and it is possible to have sing and dance by playing these songs. It is natural that bagpiper band plays in folk costumes. Dominating motive of our costumes are boy vest with beautiful embroideries.

Our band plays often in West spa like Karlovy Vary, Marianske Lazne, Frantiskovy Lazne and Jachymov, in Pilsen and also very often abroad, mainly in Germany where we are very popular between German listeners. That is why our polkas and waltzes are very cheerful and move everybody into good mood.

I believe that even you will be happy to listen our band.